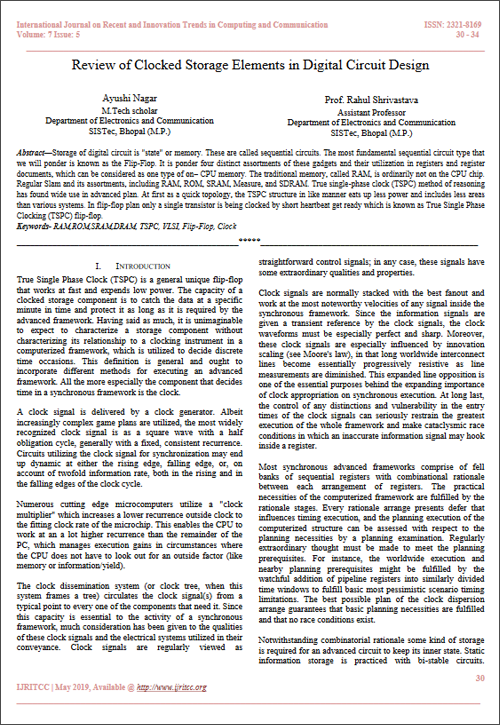 Storage of digital circuit is "state" or memory. These are called sequential circuits. The most fundamental sequential circuit type that we will ponder is known as the Flip-Flop. It is ponder four distinct assortments of these gadgets and their utilization in registers and register documents, which can be considered as one type of on– CPU memory. The traditional memory, called RAM, is ordinarily not on the CPU chip. Regular Slam and its assortments, including RAM, ROM, SRAM, Measure, and SDRAM. True single-phase clock (TSPC) method of reasoning has found wide use in advanced plan. At first as a quick topology, the TSPC structure in like manner eats up less power and includes less areas than various systems. In flip-flop plan only a single transistor is being clocked by short heartbeat get ready which is known as True Single Phase Clocking (TSPC) flip-flop.