Packet classification is an enabling function in network and security systems; hence, hardware-based solutions, such as TCAM (Ternary Content Addressable Memory), have been extensively adopted for high-performance systems. With the expeditious improvement of hardware architectures and burgeoning popularity of multi-core multi-threaded processors, decision-tree based packet classification algorithms such as HiCuts and HyperCuts are grabbing considerable attention, outstanding to their flexibility in satisfying miscellaneous industrial requirements for network and security systems. For high classification speed, these algorithms internally use decision trees, whose size increases exponentially with the ruleset size; consequently, they cannot be used with a large rulesets. However, these decision tree algorithms involve complicated heuristics for concluding the number of cuts and fields. Moreover, ?xed interval-based cutting not depicting the actual space that each rule covers is defeasible and terminates in a huge storage requirement. We propose a new packet classification that simultaneously supports high scalability and fast classification performance by using Bloom Filter. Bloom uses hash table as a data structure which is an efficient data structure for membership queries to avoid lookup in some subsets which contain no matching rules and to sustain high throughput by using Longest Prefix Matching (LPM) algorithm. Hash table data structure which improves the performance by providing better boundaries on the hash collisions and memory accesses per search. The proposed classification algorithm also shows good scalability, high classification speed, irrespective of the number of rules. Performance analysis results show that the proposed algorithm enables network and security systems to support heavy traffic in the most effective manner. 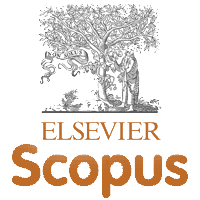